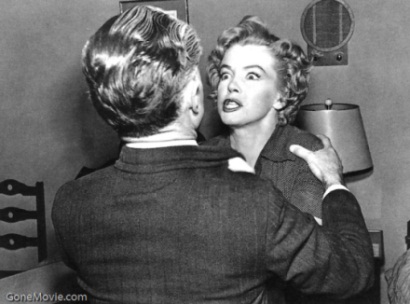 The phrases “no worries” and “it’s all good” are bantered around a lot.  I mean A LOT.  I was on a recent production and I must have heard it said at least 50 times in one day, every day for over a month.  I’m not prone to exaggeration and this is no exception.   It seems to have become an industry standard to tell a producer ‘no worries’.  Unfortunately, for me it’s tantamount to saying ‘whatever’.

In the first place – I’m never worried.  I may be concerned or I may be strategically thinking about how to solve a problem, but there isn’t really any problem that can’t be solved.  Ever. Whether it’s the lead actor in the production who’s suddenly stricken ill during filming, or whether the network hates everything you’ve shot even though they’ve signed off on it – all of these ‘problems’ have work arounds and can and have been solved.  So, there really isn’t anything to worry about.  But, during my last production we did a lot of hand held shooting very quickly and there wasn’t always an opportunity to have a monitor available so I could see what was being shot as it was being shot.  When I asked the DP to make sure he captured a particular shot at a particular angle I was told, “no worries.”  When I told the DP I  needed to reshoot something, I was told “it’s all good.”  Now, I’m not singling out this DP, because in fact he had a great eye, but he wasn’t the only crew member to give me

the ‘no worries’ brush off.

I repeat, I’m not worried; I only want to ensure that what I need to get on tape is gotten.  I want to leave no doubt in my mind that when I enter the edit room everything I need will be there.  It’s part of my job to check, double check, and triple check.  That’s one of the things I do, and I do it very well.

So when a producer asks: Were the final changes incorporated into the script, or did you check to make sure the grip trucks had their permits changed or , or, or… the answer is either ‘yes’ or ‘no.’  It’s pretty simple. I want a definitive answer. Sound harsh?  Not really – at the end of a production cycle you want to make sure you deliver more than what the network expected.  A ‘yes’ or a ‘no’ helps the producer guide the production to a winning result.

how to run a production, on location, Producers