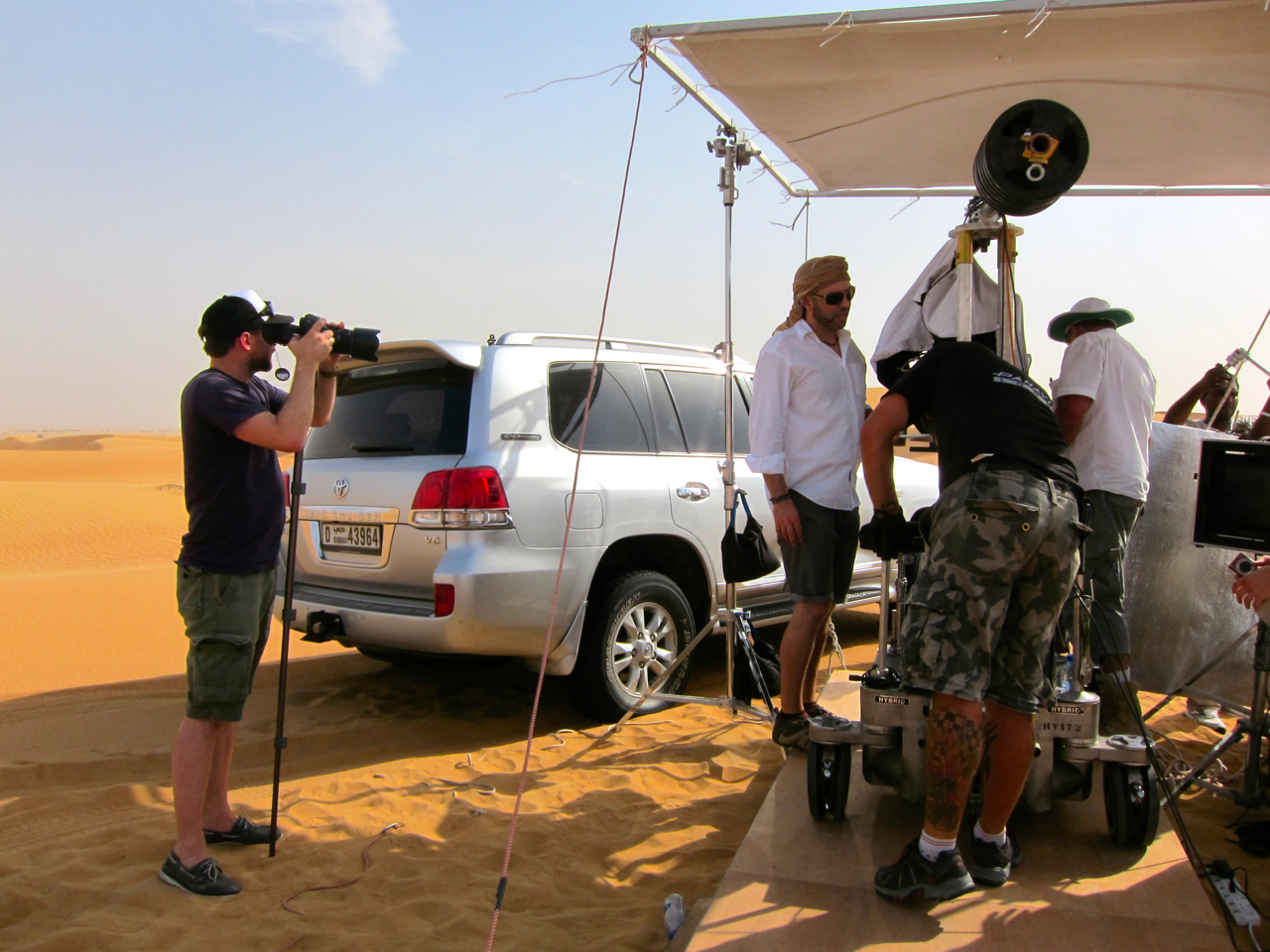 Tales From The Trenches – Mort’s Story

When Mort’s cell phone rang just 2 hours after he’d crashed into bed, he instinctively knew, no good could come from answering this call.  The crew was shooting a night scene in the desert and it was clear something had happened.

There are few things as awful as being a line producer at 5am on a ridiculously cold February morning; the constant worry that you’ve forgotten something, or the fact that just when you think it’s all under control, someone will ask you to perform a nearly impossible task.   So, fifteen minutes after the call, Mort was in a cab headed to the lower east side.

It was too early even for Starbucks, so once inside the production offices he was forced to make regular coffee in a machine that hadn’t been used in…well never.  Add fake powdered creamer, one packet of artificial sweetener and he was starting his day one step lower on the ladder than he planned.

After several phone calls, to several ‘emergency production numbers, ‘ there was no way round it, what the crew needed he could not provide.

Pressing the speed dial number to Mr. Show Runner he mentally prepared what he was going to say.  There were two large bubbles over his head, one that was the ‘right thing’ to say and the other – well that one was in full-blown reality mode saying all the things he wanted to say, been itching to say for weeks – but he knew in civilized society we don’t speak like that if we still want to work in this town, so ‘the right thing’ bubble spoke when Mr. Show Runner answered.

Mort didn’t respond well to threats.  He was feeling that other bubble about to explode to the surface and it sounded something like… “Well now lookie here, you’ve known for weeks you’re doing a night shoot in the desert about 150 miles away from any-freaking-thing.  We’ve had 3 pre-production meetings.  We went over the scene step by step and now you’re in the godforsaken desert, operating on a cable TV budget, and you decide artistically you need something else that requires one of the biggest HMI’s ever lifted on a crane.  Really?!? Well no, that can’t happen! “And just so we’re clear, you have to get this shot!”

Instead, Mort listened, as Mr. Show Runner wasted more time letting him know that he wanted what he wanted.

Finally Mort broke in, “Listennn t000o meeeee…”  Exaggerating the words as if he were spelling out each letter explaining it to a child.  “It’s 3am your time, and you’re 150 miles from the nearest bathroom so there ‘s no possibility I can get you a crane in the next 15 minutes. There is only one way to manage this – have everyone in the crew hold up their cell phones while standing on top of the cars and vans. It’s either that, or you don’t get the shot.”

“That is my solution.  Run with it.  God Speed.”  And Mort hung up, grabbed his jacket and strolled down to Starbucks.  The day was looking a little bit better.