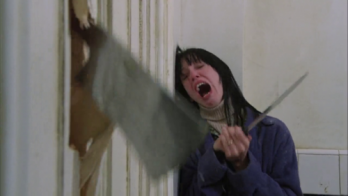 Damn – You Hired an Axe Murderer

You’ve gotten the green light to produce a new series.  You will need a Show Runner, Line Producer, Production Manager, Coordinators, Assistants, DPs, ADs, Gaffers, Art Directors, etc. etc. etc.  You will need people who know what they’re doing, who can get the job done fast, and do it for less money than what’s in your budget.

After an exhaustive search and interview process you make your first hire – the Line Producer.  Two weeks into production there’s a niggling sensation in the back of your mind, and you suddenly realize it’s your own voice asking you, “What the fuck? How did I hire such a crazy person?” In fact, if you look back you’ll realize the nightmare began the day they started working and the infractions have just been piling up. They didn’t think it was necessary to track the money, they were making crazy deals with vendors and put nothing in writing, when your back was turned they often screamed instead of spoke, they were unable to recognize a purchase order even when it flew out of the printer and smacked them upside their head, they’d decided the DP didn’t know what he was talking about and cut the lighting order in half…. And all this in a matter of days. It can happen that fast.

Despite the interview process and glowing references, you don’t know you’ve hired an axe murderer until their standing next to you in the middle of production with the axe in their hands.  Before your production continues down the slippery slope toward Over Budget City and a spectacular crash, take the axe out of their hands before anyone else gets hurt. Let them know it’s not working out and release them immediately.

Do not second guess yourself, and do not go on hoping things will get better.  You don’t have the money or the time. Move on.  Find someone else. Even if you believe there is no one else out there who can do the job, let them go.  It will be ten times more painful keeping them because you will end up doing their job, money will be lost, and time will be wasted.  Let.  Them.  Go.