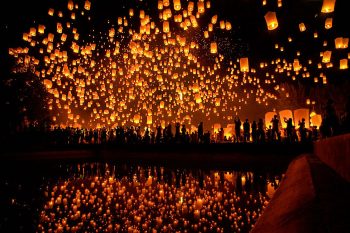 The Light On The Truck

Show Runner:  “We really need the special light for this round of shooting.”

Line Producer:  “Why? I’m not saying no, I just need to understand why before I can allocate $350/day for something  that was never discussed or budgeted for.”

Show Runner:  “Yeah, well, the DP says we need it to create the effect we need.”

Line Producer:  “Okay, what effect is that?”

Show Runner:  “Create that halo effect we need for a scarier look.”

Line Producer:  “There’s no other way to get that look?”

Show Runner:  “Absolutely not, and without it, the entire scene will fall totally and completely flat.  We just have to have it or it won’t look right, the scene won’t play and we might as well not shoot it.”

Line Producer:  (To herself) – “Fine don’t shoot it, that’s one less thing to try and problem solve.”

Line Producer:  (To Show Runner) – “I’ll look at the numbers and see where I can get it from.”

DP:  We absolutely must have that light, without it, there won’t be a scene because you won’t be able to see it.

Line Producer:  “So I’ve been told. Working the numbers, standby.”

Assistant Director:  “Why hasn’t that light been ordered?  We’ve got to have it.”

Director:  “I’m not sure anyone has told you, but we gotta have this light, it will set the tone for the entire series.”

Line Producer: “I’ve been told, and told and told. Don’t worry, I made it work. You’ll have that light.”

Three days into shooting the Line Producer arrives on set and notices there’s no halo light. She turns to the Production Manager and asks, “Where the heck is that light that I was tortured and harassed over? I don’t see them shooting with it.”

The Production Manager points to the back of the grip truck and says, “Oh, you mean that light?”

Line Producer:  “Yeah – what’s it doing sitting on the truck?

Line Producer:  “Please, please tell me it’s broken and you’re about to return it for a replacement?”

Production Manager:  “Nope, they decided they didn’t need it.”

The Line Producer is now silent because her head exploded.

Creative is ALWAYS going to need something or someone that was never planned for and isn’t in your budget. Before agreeing to anything, find out if they really do need the item. I mean, find out, don’t just take their word for it. Inspect the situation, ask lots of questions, do some research, otherwise you’ll waste money and it will be just another light on a truck.