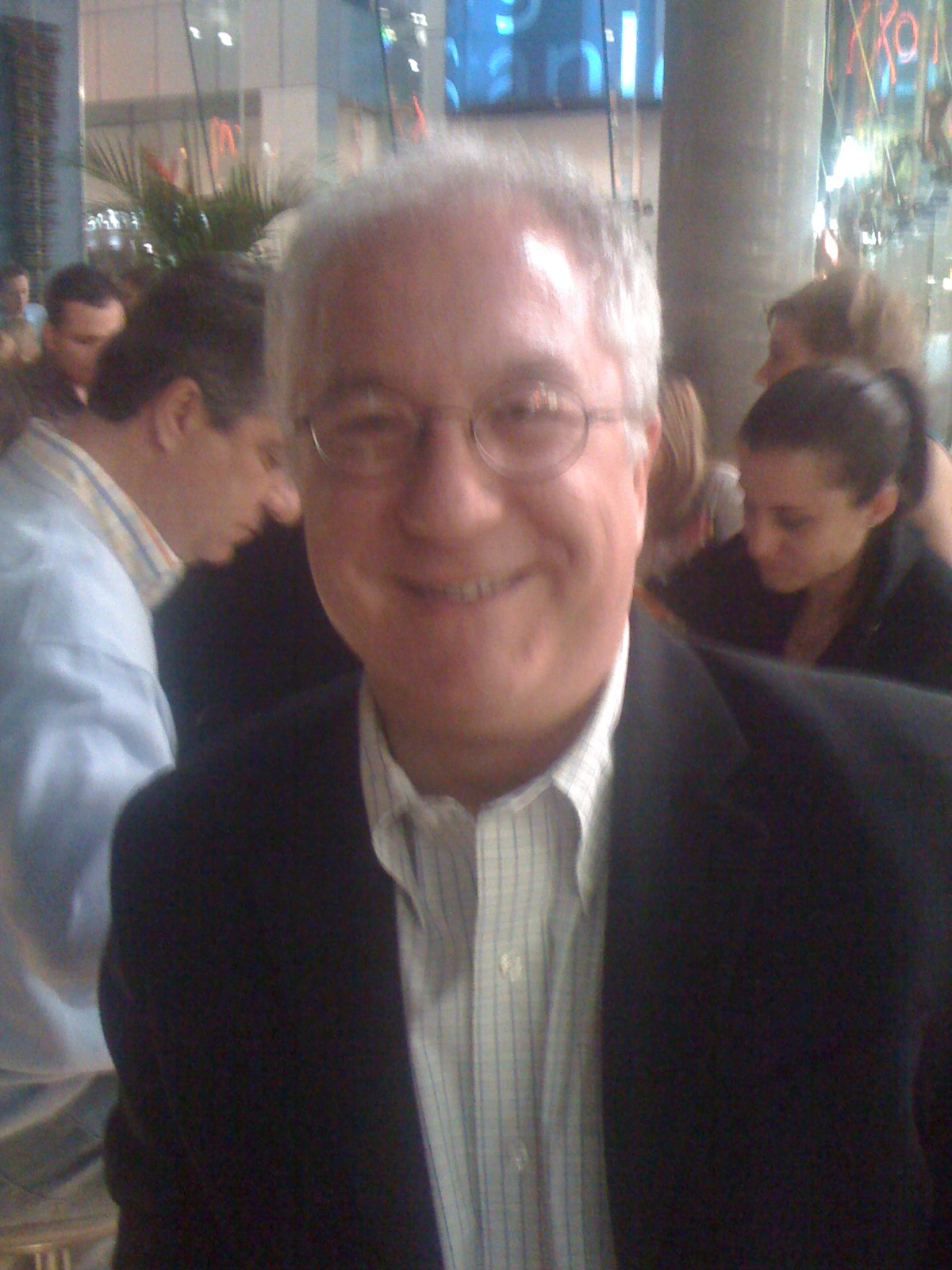 The secret behind getting the untold story

Posted on November 6, 09 12:00 AM in Industry Interviews by Maria 0 Comments
0 Likes
Share

Today I’m talking with Emmy award winning Executive Producer David P. Levin.  David’s work includes TV Land Confidential, Inside the Kid’s Choice Awards, MTV’s Uncensored and most recently the VMA 2009: What You Didn’t Know.  David is also known in many circles as the master of the interview.  He has the uncanny knack of getting people to tell him their untold stories.

You’ve executive produced many television shows that have become popular based on their ‘un told nature’.  It began when you wrote and produced for the hugely popular series MTV Uncensored.  How did the idea come about?

David: MTV Uncensored started as a special for MTV’s Ultrasound series.  The first in the series was the Video Music Awards Uncensored.  I was one of several segment producers working on the project, but the concept really spoke to me.  With MTV’s 20th anniversary coming up, I loved the idea of exploring the history of the VMA’s through untold stories.

That first two-hour show was simply envisioned as a new way to promote the Video Music Awards.  What nobody expected was that the show would actually generate ratings – and buzz.   Even more unexpected:  the more it aired, the better the ratings.  That actually became a regular occurrence on later episodes of Uncensored – it rated better in the reruns.

When supervising producer Carlo Ocando left MTV, I was asked to produce MTV Spring Break Uncensored – and that show received even higher ratings.

Dave Sirulnick and Lauren Lazin then asked me to do MTV Uncensored– covering the entire history of MTV.   That show really set the tone for all the others.  We began booking actual stars; everyone from Jon Stewart to Cindy Crawford.  That two-hour show received an Emmy nomination, but we lost to the Thanksgiving Day Parade on NBC.

A whole series of specials followed – not just about MTV.  We produced Sports Illustrated swimsuit Issue Uncensored, Jim Carrey Uncensored, Grammy’s Uncensored, and Def Jam Uncensored.  We had amazing producers for all of them – a terrific team.   And I also helped put together the 20th anniversary coffee table book which was based partly on the interviews  from MTV Uncensored.

You also produced two special Uncensored television shows for CBS Sports – the story behind The Final Four college basketball championships and the SuperBowl.  How did your story go from cable to network television?

David: That came about when MTV became involved with the CBS Superbowl coverage in 2001.  It had to do with the synergy that was created when CBS and MTV came under the Viacom banner.  MTV was producing an evening of prime-time Super Bowl specials the night before the big game, as well as the half-time show that year.  One of the specials was SuperBowl Uncensored, which I supervised, and Craig Shepherd directed and produced.  It was done in the same irreverent tone that we had done all the other Uncensored specials and was hosted by Craig Kilborn and Chris Connelly.

It did well in the ratings and received good critical notices, so later CBS asked us to do March Madness Uncensored.

Ironically, I know nothing about sports.  That worked to my advantage, oddly enough, because I didn’t have any preconceived notions about what a sports program should look like.  At the time, Les Moonves got a good laugh at the fact that I had never filled out a bracket before.  I picked the teams based on the length of their names – whoever had the shortest name moved up.  It didn’t turn out too badly, actually – Duke did very well that year.

When you created TV Land Confidential you featured the untold stories of favorite television shows, movies and music. Was it difficult producing a show without knowing what the actual stories would be until you were in post production?

David: Well, that’s the thing about untold stories:  they’re untold.  I mean, the people telling them have probably told their friends and family, and insiders might know.  But the stories we were generally looking for were stories we had never heard before.

I’m a total trivia geek.  My head is filled with the most useless knowledge about pop culture.  With TV Land Confidential, I finally got to put that knowledge to use.  So we would start with obscure stories and work our way from there.

Each person we interviewed became a link in the most convoluted TV family tree you’ve ever seen.  Interviewing Barbara Eden meant we wanted to interview Larry Hagman which led to the cast of Dallas.  We interviewed Gavin MacLeod and that meant both the Mary Tyler Moore Show and Love Boat stories.     Cloris Leachman led to stories about Malcolm in the Middle and Mel Brooks movies which led to Peter Boyle which led back to Everybody Loves Raymond.

I was constantly juggling information in my head.

As Executive Producer of MTV’s VMA 2009 What You Didn’t Know you were given the task of writing, producing and getting the show on the air in two weeks.  What challenges did you face and overcome when dealing with such a short turnaround time?

David: What You Didn’t Know was something that MTV decided on in the eleventh hour.  The 2009 VMA’s this year generated a lot of buzz and they wanted to capitalize on it while interest it was still high.

The key was MTV giving their full support to getting this on the air.  Meetings happened quickly, approvals were turned around within a few hours, everyone involved knew that there was no time to get it wrong.  They hired a terrific team of PA’s, AP’s writer and editors who all hit the ground running.

Even though these were untold stories to the general public, we knew from day one what the stories were going to be.   Unlike the uncensored or confidential shows, the show was fully scripted BEFORE we did any interviews.  That made it a lot easier.   And so did the fact that we could do all the interviews on DV, something that would have been impossible six years ago.

What’s the secret to finding the untold story and getting a celebrity to tell all?

David: First, you have to know your subject inside and out.  Once I’ve done all my cramming, then I “forget” what I know.  My job isn’t to show them how smart I am or to tell the stories for them.  It’s to get THEM to share.  I encourage them and show my knowledge in small ways.  I keep my questions short and the whole thing completely conversational.  Allison Steele once told me that she didn’t really need research for an interview.  She told me her own feigned ignorance, combined with natural curiosity always led to the best results.

Occasionally, someone will show up for an interview unexpectedly.  Lou Gossett showed up with Garret Morris for his interview and I got a terrific conversation about the early years of Saturday Night Live.

I never go in with a list of questions.  I go in with a list of topics and try to NEVER look at my notes.  But then I let the conversation go where it will.  I ask general questions, show the person I’m talking with that I REALLY am interested in what they have to say – and show my knowledge in small ways over the course of the interview.

I never dig for dirt.  It’s salacious and what they’re expecting.  For the most part with celebrity interviews, I’m not looking to play “gotcha.”  It’s about making them look good.

Once you get someone comfortable, they’re willing to talk about almost anything.  I’m very proud of the interviews where someone started out reticent to talk and then ended up going much longer than planned.

Most important is to remember that celebrities do interviews all the time.  In the first fifteen minutes, they will give you their “stock answers.”  You have to go longer.  The best stuff usually comes in the second half hour when they let their hair down.  Your interest and enthusiasm to hear their real stories is the best way to get the BEST stories.

Once you show that you are not looking for dirt on them or on their co-stars, you will get some surprising material that’s better than anything you were expecting.

What was the biggest untold story you’ve ever uncovered?

David: I can’t tell you that.  It’s still untold.

What was your favorite untold story?

David: That I CAN tell you.  And it’s not about a celebrity at all.  It’s the very first story from March Madness Uncensored, about a player named Wiley Brown.  Today, he’s the head coach for Indiana University Southeast.  But back in 1981, Wiley was a student playing for Louisville headed to the NCAA finals.  When he was four years old, Wiley lost his thumb in an accident and now played basketball with a prosthetic thumb.
On the morning of the big game, Wiley accidentally left his thumb back at the restaurant where the team had breakfast.  He couldn’t play without his thumb.  So the assistant manager and team assistants had to race back to the restaurant with a police escort to go find the thumb, which had inadvertently been thrown out by the restaurant staff.

We actually tracked down Wiley and the assistant coach who told us that the thumb was only found after doing a dumpster dive.  But Wiley’s story didn’t end there.  In the middle of the big game, on national television, a time out was called – Wiley lost his CONTACT LENS.  We found the footage of all the players searching for his lens.  Wiley laughed as he told us about the embarrassing moment.  And of course, Louisville went on to win the national championship.

But for me the capper to the whole thing was the great visual we got at the end of the story:  Wiley’s thumb from that game now resides in the Louisville Hall of Fame in a glass case.  That was a story that kept on giving.

Thanks David for sharing your stories.  See David’s latest untold stories in the special he recently executive produced for MTV –  VMA 2009: What You Didn’t Know.