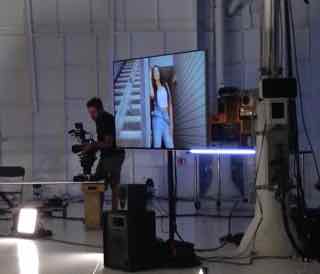 The creatives want twelve weeks to shoot five one-hour episodes and you have a three-episode budget. The Director is a DIVA – in all caps. The Executive Producer uses you as a dart board and the network can’t decide….well, they can’t decide anything.

Yeah, yeah, yeah. Blah, blah, blah. So, what do you do Line Producer person?

Well, prayer never hurt anyone, but it’s not going to get you out of the jam, situation, or instance you will find yourself in time and time and time again. Some things never change. And if you expect that it’s going to change, or believe it will magically be easier on the next job, you, my friend, sadly have the word STOOOOPID written on your forehead.

So – before the word stoopid becomes tattooed on your forehead – here’s what you Line Producer person must do.

Number One
BREATHE. Seriously. Aren’t you glad you didn’t pay untold sums of money for that advice? But before you stop reading just wait a minute smart ass. Breathing, is going to pump oxygen into your blood stream, it’s going to send good messages to your brain and before you know it your mind will be able to function just a tad better.

Number Two
DO NOT TAKE IT SERIOUSLY. Really?! By now you’re saying to yourself, “Is this bitch on drugs? How can I not take it seriously?”  Well, let me put this into perspective. Sure, it’s your job. And it’s your reputation, and it’s other people’s money. It’s a lot of things. But you are not saving starving children from a war-torn country. You are not curing a dreaded disease. You are not helping senior citizens live out their days with dignity. You are not doing any of those things. You’re creating a form of entertainment. Nothing to belittle. It just needs to put on the correct shelf, in order of importance in the grand scheme of things.

Number Three
DO NOT GET MAD. Really. Why bother. It will raise your blood pressure – never a good thing. It will make you feel bad. Don’t you hate that?  And it will make others not like you. And really – you’re working as part of a team. People should get along. More importantly, will you even ever remember this five years from now?  Hardly. So don’t be one of those people who looks back over their life to realize they’ve spent too many years being upset over things in the past that were…. what? See, you can’t even remember.

Number Four
It’s similar to number three. DO NOT WORRY. Worry makes you age. And that my dear will happen soon enough without you doing anything to aid and abet the process. Again – five years from now will you remember what you were worried about?

Number Five
GET A LIFE. So many of us on a production, work, work, work, ridiculous sweat shop hours. For months on end. Never seeing family, or friends, because deadlines are always so freakin’ right up in your face you can’t see anything else. Well here’s what, take one day a week and have a life. Yes, you, Line Producer person. Go out, see family, friends, smell the roses and daffodils and whatever else happens to be in season. Because life will pass you right on by and then you will become, anxious and mean, and mad and worried. And well you know the drill because you’ve probably already lived it.

Take it from me. I’ve allowed myself to be dragged through it, and I’ve been guilty of dragging others. I’m on the other side of it now and I’m here to tell you – stop the madness and you may become one of the rarities – a SANE Line Producer.