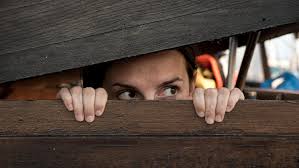 I’m convinced a secret closet exists in every production company from NY to Los Angeles.  A closet that not only glows in the dark, but likely pulsates and magically replenishes itself daily.

This mystical closet I’m speaking of contains thousands and thousands of only one item.  What’s in this closet?  A monkey wrench.  Yup, that thing when thrown disrupts any situation.

These monkey wrenches seem to hurl themselves directly at Line Producers when they least expect it.  You could be sailing along working on a cost report, quietly smiling to yourself that once again you saved the day by performing herculean feats and still not going over budget when BAM! you’re smacked on the side of the head by a monkey wrench labeled – “we need more pick up shoots”.

DUCK! Another monkey wrench hurling towards you-  Oops – not fast enough, hit the kneecap.  Before you fall to the ground you’re told you have to pay the show runner an additional five weeks because we really, really need him.

WHACK! Oh Man! The Elbow – a direct hit!   Jeez that smarts.  Another request for more edit time on top of the additional edit time you already gave.   Can you spell m-o-n-k-e-y w-r-e-n-c-h.

You can’t cry “FOUL!” when monkey wrenches are darting toward you like a stealth bomber.  Instead you need to learn to pad your budgets.  But be clever about it.  Production companies and networks are getting smart and they can see through pad and make you take them out before the budget is locked.  So put the pad where they don’t check.  Put it in your fringe, gas money, per diem, anywhere no one will really look.  Add additional personnel you’ll never hire.  Just pad, pad, pad to protect you from those nasty hits you’re bound to take on any production.

All you can do to save yourself and your budget is to whip out some serious bad ass thinking. That’s what they hired you for, to be able to think on your feet hanging upside down while flying over the Rockies.

Here’s a formula that might help: Expert negotiating, plus pad, multiplied by clever solutions, equals the slowing down of hurling objects in your direction. Because, in the end you, the Line Producer, will need to come up with solutions.

Don’t continually say, “We can’t afford it.”  No one likes that. Even you’ll hate yourself after a while.