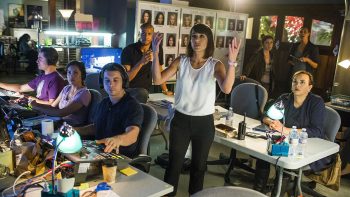 What’s a Line Producer and Why do You Care?

In the unscripted world of television, what does a Line Producer do?  That’s the man or woman who is responsible for creating the series budget, creating the schedule, handling all insurances, determining the risk assessment for the series, hiring the crew, managing the crew, ensuring shooting locations are secured, all contracts are signed, appropriate music is licensed, editors are hired, casting is complete, production and post production is on track.  In short, the LP is in charge of every aspects of a production.

When it comes to reality television there are some rules, but, in reality each new series is virgin territory.  No two series are alike, formatted or not. They each start out with their own unique footprint and that footprint is managed by the Line Producer.

The Line Producer doesn’t determine whether a series will be successful or not, the LP determines whether the series makes a profit and is delivered on time to the network.

So, here’s one piece of advice, and one of the components to being a successful LP:  When you’re tracking costs, at the first sign of trouble, and I do mean the very first hint of an overage – say it.  Don’t believe for a second that anyone knows about it – that’s what they’re paying you for – so shout it out loud.  Each week, as you’re tracking your current costs you should also be estimating your final costs.  In those final estimated costs you should be projecting any overages because that’s the only way you can stop and recalibrate, and hopefully make the necessary adjustments before the production hemorrhages  – at which point all eyes and fingers will be pointing in your direction.

Lesson to be learned:  Speak up.  FOR REAL.