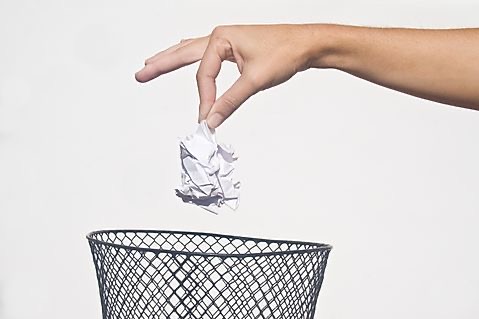 An hour passed and Cassandra Werner hadn’t changed positions. Sitting with her legs flung over the arm of her favorite overstuffed chair, she’d been staring at her phone hitting refresh and waiting for the Nieman Marcus website to update.

From the corner of her eye Cassandra saw the housekeeper enter the solarium. Without looking away from the screen, she put her left index finger to her lips, signaling the housekeeper to stay silent, and with her right thumb, she hit refresh again and waited for the icon to stop swirling.“Finally,” she huffed under her breath, and then smiled at the image on her screen.

There they were, the sandals she’d been daydreaming about. The sandals she knew would be perfect with her new Stella McCartney white swing dress. Within seconds the purple suede, three inch, open-toed beauties were in her shopping cart and without hesitation she hit the buy button.

Within two more minutes, a photo of the shoes appeared on her Instagram with the hashtag #takethatbitches #Iwon.
The responses were swift, as her girl squad commented on her feed.

“Seriously? How will I survive without them?”

Despite the fact that Cassandra laughed, anything that had to do with shopping was a serious matter. The idea that she might appear in Us Weekly on the left side of “Who Wore It Better” was enough to keep her trading snaps with her besties, just to make sure none of them showed up at an event in twin outfits.

When she finally looked up from her phone she was surprised to see the housekeeper standing there. “Oh, Mrs. Hayes, I didn’t realize you were still here. What’s up?”

Elsbeth Hayes, having run the household for all of Cassandra’s life, didn’t seem fazed by Cassandra’s self-absorption and simply asked, “Will you be needing the cook to prepare dinner?”

“I’m going out so don’t worry about me.”

Mrs. Haynes smiled and left the room as Cassandra stretched her arms over her head. Shopping was exhausting. She looked out toward the garden, “I’m so sick of all this rain,” she said, as a chill ran through her. Checking the time on her phone she decided to squeeze in a hot bath before getting ready for the evening. She was about to head upstairs when her phone rang.

“Hi, daddy, aren’t you in Bangkok? It must be the middle of the night.”

“What’s wrong?” There was a long silence on the other end. “Daddy? You there? Did I lose you?” Cassandra heard nothing but faint static. “Helloooo?”

“You sound funny, what’s the matter?”

“Listen, I don’t have much time. You’re going to hear some things about me. They’re not true -”

“Wait, let me finish-” But before her father could utter another word the line went dead.

“Daddy? Hello. Can you hear me?” Cassandra pulled the phone away from her ear and huffed,”these damn long distance connections!” She looked down at her phone. The words on the screen,Call Failure mocked her.

Five times she tried calling her father and each time it went immediately to voice mail. She was about to phone her father’s business partner,‘Uncle’ Stu, when Mrs. Hayes walked in. “I already told you, I don’t want dinner,” Cassandra said, dismissing her with a wave of her hand.

“There are two men here to see you,” she said, ignoring Cassandra’s annoyance.

“They say they’re with the FBI.”