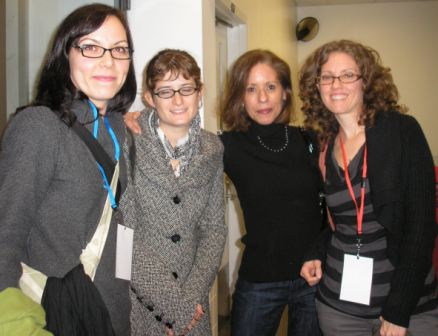 TV and Film People Break the Rules on Twitter

Social media experts have devised a formula for success on twitter: 70% sharing information with others, 20% engaging in conversation and 10% promotion.  I’ve never been one to follow rules – it’s  not that I generally work outside convention, but when I hear the words ‘should’ or ‘must’ I tend to closely inspect the source and see if it’s right for me before I blindly follow.  However, following is what it’s all about on Twitter.

I tend to follow TV production people and film makers.  I would definitely call this group ‘rule breakers’.  Seriously, can you make a film or television show without breaking some rules?  By nature, this is a group that likes to talk and needs a place to promote their work.  That’s why I follow this group, I enjoy the conversation and I want to know what’s happening in the industry.  When some of the people I follow converse 50% of the time, promote 30% of the time and share information 20% of the time, it doesn’t bother me – we’re creatives not mathematicians.

Without a little rule breaking I would never have seen the film “Snow Bunny” at the Queens International Film Festival last night by the talented filmmakers @kingisafink Jessica King and Julie Keck from Chicago. (It was great meeting you Jessica and Julie, nice to put faces to the tweets.)

I also wouldn’t have known that  @MatiasB just completed shooting a profile of the US alpine ski team that will air on NBC January 30th at 8pm.

I wouldn’t have discovered the truly remarkable viral distribution David Baker is creating with his film MissionX. @indiemoviemaker

If you want to meet people in your industry, be inspired by others, then get on Twitter.  Break some rules, follow and unfollow people as you like.  And when you read about how things are ‘supposed’ to be done in a social media venue, be a creative, question it.  Is it right for you?