Tales From The Trenches – Jennifer’s Story

“Oh for fuck’s sake! Jennifer screamed.  “I gotta shut this down now!”

Charlie jumped – that sounded particularly harsh, even for Jen.

“Hey babe – don’t worry, I’ll order in.  You want Chinese or Italian?”  Taking out his phone, he didn’t wait for an answer.  He pulled up his favorites, and started scrolling through Gino’s menu.

Jennifer screamed at her phone, while reading the email chain.  “Who does something like this?”

Charlie knew where this was headed and prepared himself for an evening alone.  Just him, the Yankees,  and spaghetti fra diavolo.  It was clear Jen had a date with production disaster.

Jen was pacing.  Their galley kitchen was only 5 feet long and it took 3 strides to get from one end to the other and each time she passed the counter, she grabbed another handful of caramel corn.  Five minutes later she finished reading the email chain and  pressed number 2 on her favorites.  Her Production Manager surely had to know the sequence of events that lead to this particular emergency.  “Hey Millie – what the hell happened after I left yesterday?”

“Jen, I’m sorry I forgot to email you. While you were at the accountant’s office, they called a creative meeting and decided the shoot needed to take place in the park.”

“Millie- I’m really trying not to jump down your throat heels first, but didn’t you tell them that there was no possibility you could secure a permit for an 8 am shoot on Monday morning?  Don’t they know New York City doesn’t have office hours after 5pm on a Friday or any day of the week for that matter  – it’s a god forsaken government agency! Did they recently move to this country?  Did they just fall off a truck and land in production?”  Jen stopped talking – she refused to work herself into a state over their idiocy.

She silently reminded herself that she loved being a Line Producer.  She was good at it, and she’d rather be doing this job than any other, even though the bulging, popping vein to the left side of her forehead indicated otherwise.  The multiple ‘chimes’ as the barrage of text messages started coming through didn’t help.  The Show Runner was insisting the call sheet go out this minute with a location they hadn’t yet secured or permitted.

“Millie – I’m going to conference in Mr. Show Runner, because we all need to gain a real understanding of what can and cannot happen on Monday.  Hang on…”

As she pressed the conference call button, she popped another caramel corn into her mouth and tried not to sound like she was choking when  there was an answer on the other end, “Oh hey. Mr. Show Runner about….”

“What the hell …” broke in Mr. Show Runner.  ‘We need that park.  We can’t do this without that park.  You have to get me the park.  I.  Need.  The.  Park.”  The last sentence said as if Jen were a foreigner and needed every word repeated slowly and loudly.

“I was only recently added to the email chain, I wasn’t at the meeting last night and I had no idea you changed the location.”  Jen was using her ‘inside voice’, the one that sounded nice, professional and calm.  But the bulging vein doing the mambo on her head was all the evidence necessary that she was struggling not to go “Line Producer Bitch” all over Mr. Show Runner.

“Let me stop you right there.”  He snapped. “ I’m not interested in reasons.  This was promised to the network and we’re going to deliver it – no matter what you have to do.  Because I’m not telling the network they can’t have this, after I told them they could.” 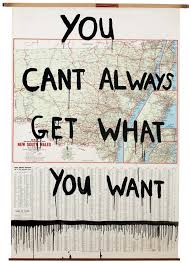 And there it was… in big neon letters.  I told the network they could have this.  Jen couldn’t believe her ears.  He’d promised something before checking with the Line Producer.  That was Production 101 dumb, and he was expecting her to preform magic with no cape, no hat and no freaking wand.

“Here’s what.  Her tone was direct, sharp and to the point.  “You hate when I say no, and yet – you put me in a position where I’m going to have to say no, because there is NO way to clear a NYC park over a weekend.   Even if the Mayor was a personal friend,It’s not going to happen. So, let’s move on from this endless conversation that will never resolve.  You need to pick another location that can be cleared over this weekend and we’ll work as hard as we can to make that happen in the next 36 hours.  Better yet, keep the location you had.  You know, the one that has already been cleared and permitted. Those are your two choices.  There are no others.  You have 5 minutes to decide because it’s going to take some work to make another location appear by 8am Monday morning.”  Then she paused.

“I’ll check my email in 5, if there’s nothing from you, I’ll assume we’re going with the original location and the call sheet will go out with that address.”

Jen put down her phone, walked into her living room, kicked off her shoes, grabbed a garlic knot, put her feet up and got cozy with Charlie and the Yankees.

Tomorrow was another production day.